For many years, people living with ME/CFS and members of the medical community have been expressing this concerns about existing guidance for the treatment of ME/CFS, in particular, the use of Graded Exercise Therapy (GET) and Cognitive Behaviour Therapy (CBT) as the main treatments.

Charities and support organisations have been calling on the National institute for Health & Care Excellence (NICE) to review the official guidance for treatment of ME/CFS, with a need to remove GET as treatment for the chronic condition, which for so many, has exacerbated their symptoms.

The concerns have been listened to…

After a long campaign from across the courtly and further afield, NICE has released a draft of the revised guidance.

The draft guideline recognises that ME/CFS, which is estimated to affect over 250,000 people in England and Wales, is a complex, multi-system, chronic medical condition where there is no ‘one size fits all’ approach to managing symptoms. It stresses the need for a tailored, individualised approach to care that allows joint decision making and informed choice.

Because of the harms reported by people with ME/CFS, as well as the committee’s own experience of the effects when people exceed their energy limits, the draft guideline says that any programme based on fixed incremental increases in physical activity or exercise, for example graded exercise therapy (GET) should not be offered for the treatment of ME/CFS.

Instead, it highlights the importance of ensuring that people remain in their ‘energy envelope’ when undertaking activity of any kind and recommends that a physical activity programme, in particular, should only be considered for people with ME/CFS in specific circumstances.

The draft guideline also emphasises that cognitive behavioural therapy (CBT) it is not a treatment or cure for ME/CFS. However, as a supportive therapy which aims to improve wellbeing and quality of life, the draft guideline says CBT may be useful in supporting people who live with ME/CFS to manage their symptoms.

Paul Chrisp, director of the Centre for Guidelines at NICE, said: “ME/CFS can cause profound, long-term illness and disability, and much of the distress surrounding it is caused by difficulties in recognising, acknowledging and accepting the condition and its impact. This has been compounded further by a lack of effective treatments, wide variation in access to services, and by controversy over the use of graded exercise therapy and CBT that has served only to alienate many people with ME/CFS and in some cases undermine the confidence of those caring for them.

“The recommendations in this draft guideline have been developed by an independent committee that was guided not just by the clinical evidence, but also by the experience and testimony of people with ME/CFS. The result is a guideline that will provide much needed clarity, set new standards for health professionals and ensure that people with ME/CFS have access to the right care and support.”

Adam Lowe, a lay member of the guideline committee, said: “ME/CFS patients have been voicing their concerns about graded exercise therapy for a long time, and the evidence presented to the committee supported these concerns.

“One of the key points in the draft guideline is that exercise is not a treatment or cure for ME/CFS and should not be presumed to be safe for those with this disabling and often neglected illness. The approach it recommends is a pragmatic one which allows patients to self-manage themselves, within their daily limits, while using readily available interventions to address the most serious of their symptoms first.”

The draft guideline recommends reducing the time from 4 months to 3 months that a person needs to have persistent symptoms before a diagnosis of ME/CFS can be confirmed. It says that people should then be directed to a specialist team (in the case of children this should be a paediatric specialist team) experienced in the management of ME/CFS to confirm their diagnosis and develop a personalised management plan. This will enable people to access care earlier and could potentially improve longer term outcomes.

A consultation period is now open to allow members of the public to make their comments on the draft review. The consolation will close on the 22nd of December 2020.

To submit your feedback as an individual, or to read further documentations supporting the draft review guidance, please visit the NICE review webpage here.

Shropshire ME Group will submit feedback as a support charity, if you would like to contribute to our group comments, please contact us.

Current UK Government policy does not make way for priority vaccination for people with ME/CFS, but we know that contracting the virus could have serious impacts for sufferers. There is open debate about possible side Read more… 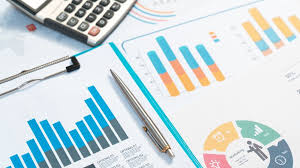 People with myalgic encephalomyelitis/chronic fatigue syndrome (ME/CFS) have been concerned since the start of the coronavirus pandemic that a subset of COVID-19 patients will go on to develop ME/CFS. Unfortunately, we are already hearing from many COVID-19 Read more… 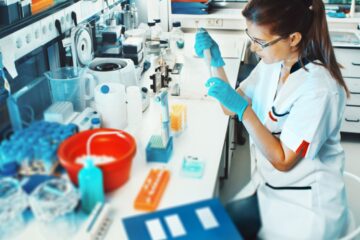 Funding for the world’s largest genetic study into myalgic encephalomyelitis (ME), led by a partnership of patients and scientists, has been announced today. Despite its high cost to patients, the economy, the NHS and society, Read more…